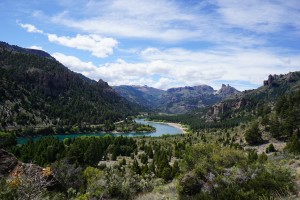 Ranching in Patagonia is not a lifestyle, it’s a way of life.  Over 90% of all land in Patagonia is privately owned — known as Ranches.  These large lots of land are owned by either generations or by wealthy national and international people and range in size from a small swat of land to a single ranch over 500,000 acres owned by a local man.  Thats right, one ranch the size of Rhode Island owned by a local man and his family.  Following that thought, only 80 people live and work on that ranch.  So a piece of land the size of Rhode Island has only 80 people.  Wow.

Even more interesting, as we move south, we can expect that people will be a rarity as I have said.  Thats because the name Ranch is misleading.  These lands are pretty bare and dry by-in-large as we move south on the Atlantic side. Think of the tundra and you get the idea.  The Chilean side of Patagonia, it’s the Andes Mountain range which is snow capped and glaciers throughout so too fertile either.    As I have said, it’s the frigid winds that give the bite.  Animals are also a rarity.  Some ranches raise sheep — marino — some raise cattle.  But it takes huge amount of lands to feed these animals because it is so bare and grasses are limited.  On a 2,000 acre ranch, only about 200 head of sheep can be raised.  Pretty inefficient.   These animals tend to eat prickly grasses and die early.

The ranches are managed by Gauchos — or in english, good old Cowboys.  Yes, they still exist.  Ride horses and the whole thing.

Enough of the lesson on ranches. 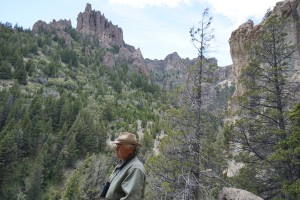 Today we went with a local guide, Lorenzo, who has lived on ranches his whole life of about 70 years — and has a million stories to prove it.  In fact, he never saw a television until he was 17 years old.  His entire life has pretty well been void of the outside world although he has done some research work on candors which are native to the northern Patagonia region.  It seems that later in his life he has focused on giving tours of these ranches and candor watching.  His daughter married an american from Montana who would travel to Patagonia in winter to charter fly-fishing tours.  Other than that, he knows every step of the land.

After driving for about 90 minutes from our hotel, we entered into the dry area which means that its basically desert land.  Their are scrubs, rocks, sandy ground and hearty grasses.  Even though the ranch we visited has a river carved right through it which goes on for 350 miles, the land is still natively desert-like.  The beauty of the area is because it is still hilly with the steps to mountains in the backdrop.  The ranch owner of the land we visited had planted some pine trees which are not native in order to stop erosion.  But those trees are rare elsewhere.

If your into fly fishing, apparently, people from around the world come visit this river.  I asked why?  Well the answer is sort of 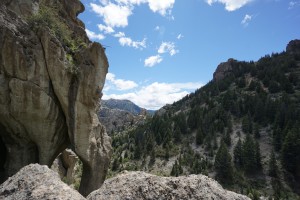 obvious — because it is still virgin with a tiny amount of fisherman know or fish it.  I asked what about Montana or Alaska.  Don’t they also offer fly-fishing and its closer to the customers.  The simple answer is that the rivers are busy, over crowded and lots of people are over fishing those American locations.  In Patagonia, its basically your own river and its stocked with trout and other fish.  I don’t really care.

All I care about was our ability to hike this area.  We spent the better part of 3-4 hours hiking this ranch.  It really is impossible for an American to understand that a single local person can own this 2,000 acre ranch surrounded by his own mountains, 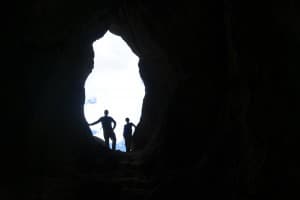 river and picturesque skylines  It was great as you can well imagine.  Nobody around for miles.  A glacier fed river which you can drink out of and its pure, pure green where you can see the bottom.  Hiking took us to caverns, caves and vista’s that are outstanding.

The picture of Paula and myself in the main page and to the right was taken inside a cavern.  What you can’t see is that we had to climb up to the stone window.  Second time in two days where I had to do things with are not comfortable.  The window was about 30 feet above the floor and we both had to climb it.  As well, the ledge of the window was big enough for someone without the fear of height which is not me, but more important, on the other side of the window was a 500 foot drop straight down.  I don’t like that.

Picture turned out great though.  That alone was worth the day.