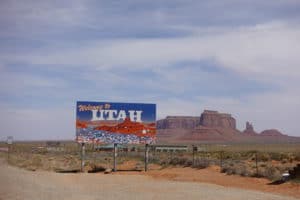 Shit, I don’t know where to even start?  Probably with one of the best rides I have ever had to date — mainly because of the intense Utah landscape, unlike anything I have seen before — click on any of the pics to enlarge.  That’s a good start.  My bike, the freshly paved tarmac for hundreds of miles, the surrounding weather beaten plateaus and monuments were all in synch.  I was really beaming inside for hours on end.  So happy and so excited to see what is 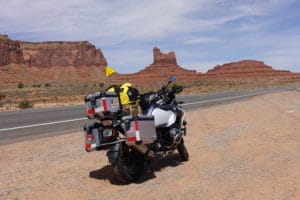 around the next corner.  No way could this post share all the scenery I saw, but I got some nice and pleasant shots.

I did start off in Flagstaff, Arizona and that was nice too.  It was like an oasis in Arizona in that it had trees, grass and did not seem desert like as much as the other sections of the state that I had passed through.  I rode through Flagstaff and thought that it seemed like a Boulder, Colorado like town. 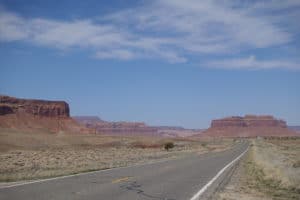 Heading on 89 North, it is the path towards the south entrance of the Grand Canyon.    To that end, its spring break and there were tons of families flocking towards the canyon.  I was about 50 miles away from the Grand Canyon and I made the cutoff west towards Blanding, Utah, my last stop about 3 hours away.  The good news was that after the Canyon cutoff, the roads became remote and I shared the 2 lane highway with only a small number of cars — best of all, no trucks go here.  Super easy ride but had lots of curves and hills to add a dose of fun.

My next journey here will be with Paula and we will visit the Grand Canyon — seems like it would be amazing.

Anyway, I was on a mission to meet Chris Ridgway at the Ridgeway Hotel in Blanding, Utah at 2pm.  I probably stopped my bike at the shoulder of the road 15 times because I was in such sensory overload to get the great shot of the scenery.  Wow, its a task.  Its all so overwhelmingly beautiful and dramatic. 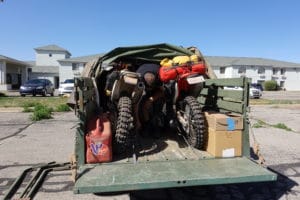 After arriving, the two Honda CRF450X off-road motorcycles were on Chris’s truck waiting to be unloaded.  Those are going to be our homes for the next week — off and on.  Our plans are pretty fluid but for now, the idea is to go off-roading in the massive amount of incredible trails here in Utah.  More about this later.

Again for the millionth time, I am definitely apprehensive about this 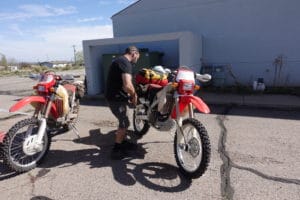 commitment because I really have no off-road skills.  Shitting my pants for sure.  The bike is tall and I can barely touch the ground — thats uncomfortable but I guess its something you learn to deal with — Its all good and I’m optimistic.

For dinner we went to a great local shack, had a burger and met a local dude, Britt, who gave Chris a ton of ideas where to trail.  Britt is a very normal guy, was born here in 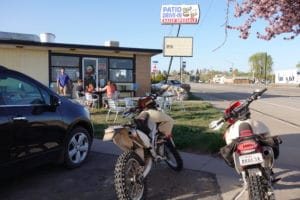 Blanding, is a mortgage broker in Moad, Utah.  He rides with the same bike as mine, a big fat BMW R1200GS on the local trails which is a feat.  We shot the shit for a good half hour and then Chris and I came back to the hotel to decompress after the long day.  Britt was so awesome that he actually came back to meet up with Chris to discuss options for trails and then he decided to go with us tomorrow…