Oh yah, heading down to New Zealand.  The city of Auckland on the north island to be specific.   21 full days of hiking and abuse to my slightly jello-y body. I’m of course with my wife, the Marine Drill Sargent to keep me on the straight and narrow – no folding or complaining.   Just do it and shut up. I’m all about it and looking forward to a good ol’ fashion beating.  The Drill Sergeant says that she is not in great shape either —  yah. 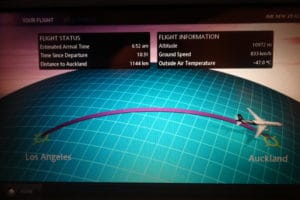 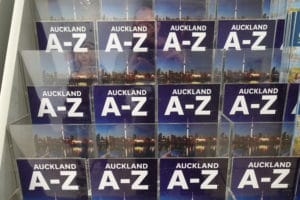 trip — hugging the mountains and away from the crowds of the east coast cities and beaches.  Yes, this should be mostly a realization that my scant work out regiment before I left Florida was a bit of a failure.  That’s ok, sounds fun and I’m told the scenery — especially in the South Island will be awesome.

I guess I have to put it out there — yes, their was a huge earthquake in the southern island measuring 7.8 and put a damper on a few thousand people, visitors and yes, sheep just before we left Los Angeles.  We were advised that thankfully our tour was on the other side of the island in the mountains and safe from the issues at hand — tons of homeless people and unhappy Zealanders — and sheep.  Moving on.

Paula and I left Ft Lauderdale 4 days ago on our way to Los Angeles to spend some time and enjoy the scenery and rhythm of that city.   It was fine but could have been better I suppose.  Some of the items planned on the itinerary were broken – and heartbroken at that.   Couldn’t visit the Porsche Driving Center because it was closed for the week I was there — how does that happen?  Open every day except the week I’m in L.A..  Left some voids in the plans, but that’s ok. Who cares, right? 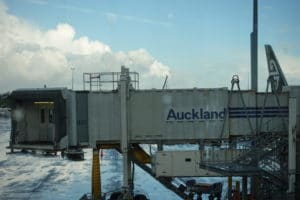 Ok, so our New Zealand Air flight #1 was to depart from LAX at 9:00pm at night — delayed of course, which generally sucks. That means a few things to me – first is that its going to be a L-O-N-G day ahead of us. We woke up at 9:00am in the morning in Los Angeles and had a huge sum of dates and times to contend with. So that is the topic of this post. It is pretty complicated to figure out all the time zones, date zones, time spent waiting up, distances traveled, miles away from, time traveled, dates and the like. So complicated. I tried with my limited resources in my head to go through all the math, but hey, its limited and I scrambled to figure out when we were going to land and how tired we were going to be. 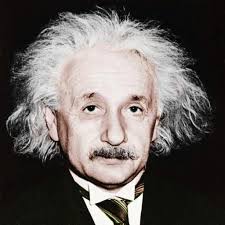 So lets throw out some numbers and brain twisters; a) it’s about at 12 hour flight from LAX to Auckland pretty much down, b) The time shift seems to be 3 hours behind Los Angeles, c) The time shift therefore is 6 hours behind Miami, d) The distance traveled was about 12,000 km, e) The date is behind or ahead? I still need to nail that. I think its ahead one day because Auckland is right on the International Date Line, but its only 3 hours behind? That kind of pisses me off that I can’t nail that one, f) there is a population of some 60 million sheep in New Zealand, a country the size of Colorado and a human population of 4 million, the same as the state of  Kentucky — how does that work?  When crossing the street, who has priority, humans or the more populous sheep?

And now I want to figure out if I land at 6:45am in Auckland on November 17th, and I woke up at 9:00am in Los Angeles on November 15th, 2 days before – how long have I been up? I need to know!   One thing for sure, it’s been a long time because I can see my scruff has grown just a tad and I feel just a bit dirty. I will nail all this down shortly. Looks like we wont be able to get into our hotel right way – ahahaha, poor tour guild. 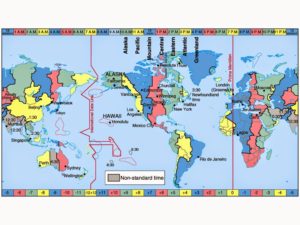 Answer:  The International Time Zone is basically right on the line just ahead of New Zealand.  So this means that although New Zealand is only 3 hours behind Los Angeles, it adds a day so its 21 hours ahead.  New Zealand starts the day and Los Angeles is one of the last time zones to be in that day.  Confused?  Its pretty cool if you look at the map to the left.  That squiggly line in red is the date line.  I still don’t 100 percent get it — I’ll keep working on it though.

So speaking of dirty, even though we weren’t – I was sweating like a pig at one point in the flight – serious bumps along the way. I think I must smell like a wild warthog or a lamb being called for a roundup meeting.  I will say that this Boeing 777-300 is a killer plane and Air New Zealand is awesome. The seats fold all the way down and are 6 feet long — seriously comfy and top notch — too bad I slept only a few hours, lost a day and have to stay up for an amount of time which is hard to nail down.

Not sure how to broach this next topic, but it was a serious issue last night on the plane. Ok, I guess I should just dive in – How does one approach creeper buttock air syndrome, CBAS — I had gas. Now I’m sure you don’t remember, but on my trip to Spain last year, I sat next to a lady with CBAS. I almost choked the entire flight. Every few minutes another puff of gas flowed past my seat. Well, this time it was my turn. I really was suffering with a bloated bowel. I tried to be respectful and cover myself up with a blanket, but I’m not sure… Just not sure. Anyway, I made it through the night without any dirty looks, or at least that I could see. Happy about that. My strategy was to let out a small bit every few minutes and cover yourself. Anyway, its all good. I feel empty this morning. Were about to land in 30 minutes and looking forward to our adventure.

Note:  Its now the early morning of November 18th — A sneak preview of our Northern Island guide, Kath.  Trust me, their is lots to talk about.  Later.