The feature image is from a toy store in The Dubai Mall, UAE. 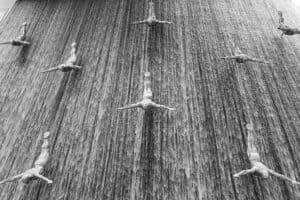 Let me assure you, although I never really got into some serious intelligence on Dubai before coming. As I said, its against my best judgement for almost any trip I’ve ever taken — I just like to wing it. But that’s not to say that I don’t rely on Paula to do the heavy lifting if she is around, but the info comes out once we hit the ground running. If Paula is not around, well, then I learn fast by asking lots of questions, go to TripAdvisor and this person known as The Google helps tons. With that said, I came with a certain mind-set of what Dubai would be.  Look, of course I knew about the famous Palm Island, the Earth Island, the mall that houses some kind of indoor ski hill and the large marina that flows into the Arabian Gulf. I think I also knew that it was a bustling city but I really could not go into detail, like probably 95% of all Americans.

My insight into a big city is generally visual since I have visited many of them. I’ve been to New York City, Beijing, Shanghai, Tokyo, Paris, Rome, London, Sao Paulo, Rio… You get it, I’ve been to some large cities. In that vein, I would say that Tokyo is the winner of the biggest and baddest city I’ve seen — its massive while looking out any hotel room window and the tall buildings in Tokyo are so densely populated — its truly impressive. Let’s call Tokyo the bellwether for a real big city and the biggest I’ve seen. I’m sure Mexico City, Mumbai and others in third world are massive — but who cares, I have a decent idea of a large city.

So here we are in Dubai and I am just blown away, yah, blown away. The size and scope of this place is massive in a different way. Not the volume and density of tall buildings like Tokyo — but what it has in difference is that they are very, very new and way more super tall buildings and equally important, the amount of construction has to be unparalleled on earth. If there is another city anywhere with the amount of construction, I have to see that — seems impossible. I am used to visiting Toronto and it seems busy with growth which I am sure plenty of cities share. Well, if you take Toronto for example and multiply the growth by at least 20 and I think possibly 50 times — no shit — that is the amount of construction of super tall buildings here. In one new area being developed, there will be 600 tall towers. You call bullshit — well, I hate to say to you, save your disbelief — they will build another 600 tall 60-plus story towers in this new development. Now you get it? This is Dubai.

The question begs, where the heck do these millions of new immigrants come from?  It would take tons of millions of people to fill these new units being occupied each month.  I would guess that today there are 150 buildings under construction, just in an eye-shot of where we were today and thats only one district.  For bigger minds than mine.  We can leave that up to the great Sheikh Mohammed bin Rashid Al Maktoum.  Don’t let his long name mess you up — 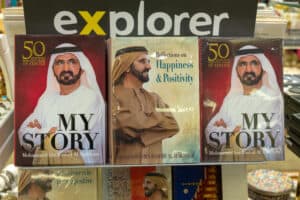 this dude devised the entire dream known as Dubai and delivered.  He is the President of the United Arab Emirates, Ruler of the Empire of Dubai — that has to be my favorite title personally if I had to pick one.  Ruler of a city — kind of has a special ring, don’t you think?  And apparently he is popular in Dubai.  His image can be found everywhere, and I mean everywhere.  For example, on the sides of buildings, on mugs sold in stores, inside front lobby of hotels.  Let’s agree that the Sheikh Mohammed likes his left side head shot better than his right — I’ve noticed that although on occasion, he will pose right-side.  Seems like he is a prolific writer too — his books are best sellers here.  Or maybe, just maybe, he had someone ghost write for him, nobody can be sure about that. 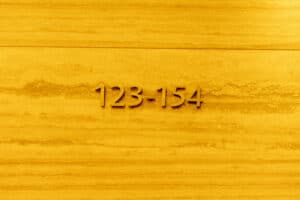 Today we went and saw two just amazing structures in our first day out here which have the terms, “largest” and “highest”. 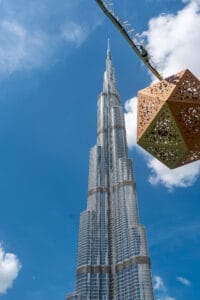 First was The Dubai Mall which is the second largest mall on earth. The other site we visited was the highest lounge and observation deck on earth on the 154th story in the Burj Khalifa building. That was ridiculously high. The funny story is that the old observation deck prior was on the 123rd floor. As the story goes, the Chinese built a new building in Guangzhou, China with a deck on the 150th floor or so. What does the great people of Dubai do? Well, they took away 3 floors from the buildings owners personal use and constructed the 154th floor observation deck to beat the Chinese, there, take that! Silly Big-Butt games. But, but there’s a sad ending here. I just read something that my new friends at the Burj Khalifa Tower did not mention — It appears that two new buildings are coming alive this year which have higher decks than our favorite Dubai tower. Not only silly games — but a tough game you cant win for long.

If your interested, the Burj Khalifa is in the same complex as the Dubai Mall so that development has to be a few billion dollars — a drop in the bucket for the multi-trillion dollars invested in this city.  Just one more nutty big-dick showpiece in this area is the dancing water show.  Now if you’ve been to Las Vegas and wandered over to the Bellagio hotel, no doubt you’ve seen the dancing water show.  Seems like the fine people of Dubai have no shame — they copied the show, but took it to the extreme and made it probably twice the size and scope.  Why?  Because we can dummy.

I can talk about the mall ad nauseam — but nobody cares. The mall is stupidly large with every 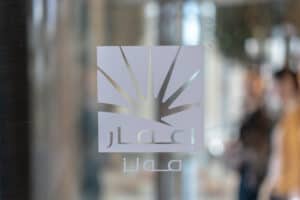 possible notable America, European and Arab brand. Even one chocolate store which looked amazing was from Lebanon. Lebanon, really? Turns out that this chocolate brand is hand-made and is 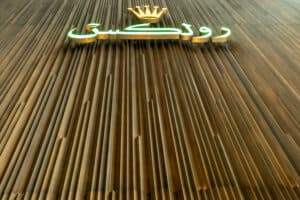 popular with Arabs. In general, Arabs love chocolate as witnessed by the dozens of specialty shops from around the world who manufacture that brown candy goodness.  If there is a luxury brand that Kim Kardashian and her sister wear, then it’s in this mall. I have to add that anyone who is a certified people watcher (CPW) like me, I saw probably a million ladies — young and old — wearing either hand bags, shoes, belts or head gear with some kind of fancy luxury brand-whore logo. I took a useless picture of the mall logo in Arabic on the left — just because. I also took this picture of the huge Rolex logo found on its facade – stunning.

On the interesting side of nothing, let’s discuss the best uses for camel milk, shall we? First things first, I am no expert here but I did find one use which is among the top 5 I would guess; milk chocolates.  In the mall I was minding my own business and happened upon a nondescript kiosk that said something like “Dubai Camel Milk Chocolate Company”.  Of course you can take that two ways; its just a name to attract people or its actually chocolates made from a camels’ milk.  I had to ask.  The young lady said, yes, it is indeed chocolates made from a camels milk — No way! I said.  She looked at me and said yes, and added, from a female camel.  I looked at her as if I had a letter “S” on my head for “stupid”.  We both laughed — I laughed real hard.  Anyway, the young lady offered me a sample square, one milk and one dark.  I asked if it tastes like a camel?  She said it was kind of salty and sweet — that conjured up some disgusting thoughts but I went for it anyway.  Wow!  Pop!  That was good!  So sweet and chocolatey.  I now want a camel to add to my fictional, one-day fantasy Ranch please.  Fresh Camel chocolates every day.  I would be so happy. 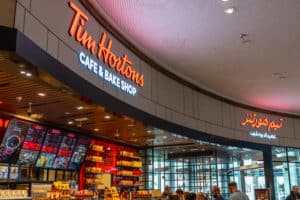 Oh, one neat thing I saw as a Canadian with pride, Tim Hortons, the Canadian donut and 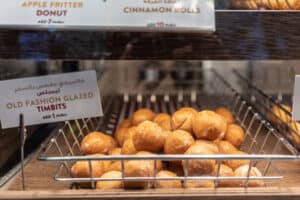 coffee chain had a store inside the mall and it was busy — nice to see the Burger King folks bring along the Canadian iconic brand with them here. Anyway, it was a busy day with those two fun adventures, none of with were too important, but I learned something today… Dubai is BIG.