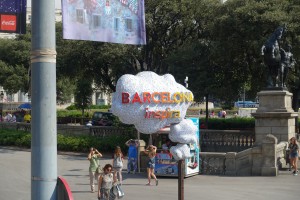 Given my poor command of the English language, I can only say one thing about Barcelona, Spain — Fucking INSANITY.  Sorry for those poor choice of words.  But its true.  This place is insane, lively, active, youthful, growing, fun, historical, unsafe, safe, and a hundred more adjectives.  Said another way…  It’s a great town.  Won’t bother you with details.

Miami can only dream of getting the amount of people that come to Barcelona.  It’s not even close.  Barcelona has way more infrastructure, culture, history and is a much nicer place to visit — by a far way.

If you have not been — come for the experience.

I don’t have lots more to say other than I have been thinking about my favorite cultures in Europe.  I have the top two of three already chosen.  Third is still open and I’ll get back to you in a few years from now when I see more…

Number 1:  SPAIN.  I love Spain.  I love Spanish people.  I just think they are cool people.  Food is great too. Modern and hip.

Number 2:  FRANCE.  Shocking, right?  People tend to hate the French.  I think they have a cool culture.  Seems more civilized than most other European cultures — other than Spain.  I like the French life and food.  Only issue is that I really, really dislike the Arabs in France.  They ruin the 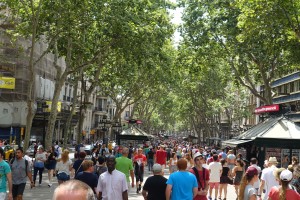 culture and country.  Have to go outside big cities to avoid them.

Place marker for Number 3:  BRITS.  Have to love the UK.  I have only been to London, but I love the Brits.   Arabs have fucked up that place too.  Can’t imagine a British person is happy to sea of people wrapped in black cloths and swarming shops and yelling death to non-believers in parks.  It’s very uncomfortable for visitors.  That said I think I would also love the Scots and Irish too, but without going, don’t know.