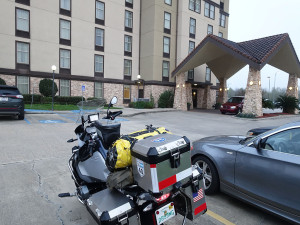 Let me jump to the Tabasco Tour.  I rode 30 minutes from Lafayette, Louisiana to Avery Island, home of Tabasco.  Yes, I did the self guided tour which is real interesting.  So interesting huh?  What’s so interesting about the Tabasco Factory tour?

I’ll tell you by asking you a question:  What does Tabasco and Jack Daniels have in common? 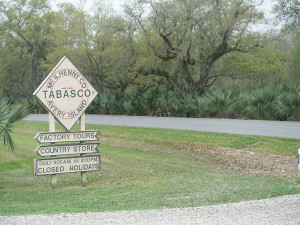 distillery that Corbin and I visited in August, this year.  Gosh, both of these tours were similar — and in fact, both businesses were similar.  The reason is…

Both companies were established in the absolute middle of nowhere, America.  In the case of Jack Daniels, it takes forever to even find it deep somewhere in the Tennessee countryside.  Avery Island, Louisiana, home of Tabasco is in among the poorest parts of Louisiana. Both products are sinfully simple to make.  Serious.  You cant believe how simple it is to make Jack Daniels and how small the factory/distillery actually is — and every JD bottle sold worldwide is made in that factory.  Well, a little secret here — Tabasco is stupidly simple to make; peppers, salt, vinegar and your done.  Any idiot can make that stuff.  Also, every bottle of Tabasco found in the world comes from Avery Island. 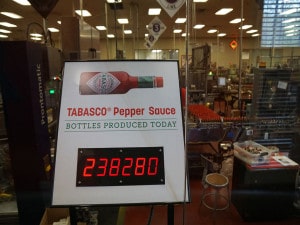 So why are Jack and Tabasco so good?  Well, its something that my boy, The Donald 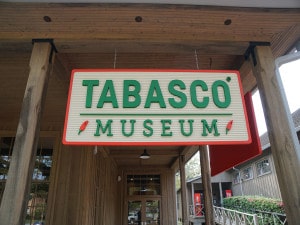 has nailed down; M-A-R-K-E-T-I-N-G.  Everyone knows that liquor is all about convincing people that its socially special to drink their product.  Hire Diddy to convince kids to kick back on a tequila and ta-da — profits roll in.  Its incredible how many ways these guys market a simple and basic pepper sauce.  That’s the genius of it all.

So real quick; to make Tabasco you put a ton of hot peppers in a huge pot along with some water.  You stir constantly for 3 weeks.  From there, you separate the seeds and skin from the mash and add vinegar to the remaining pepper mash.  Take that mixture and put in wood barrels along with salt.  Store for 2 years in a large warehouse.  After 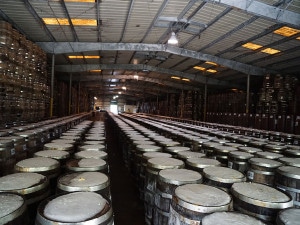 Don’t get me wrong, I was happy to drive the back roads of Louisiana and see among the poorest people in America, the natural beauty of the neglected towns along the route to Avery Island.  I like that.  Being on a bike is even better.

So after leaving Avery Island, I headed back to basically where I started.  By 11 am I was on my track to Houston, my next home base.  In theory that’s a 4 hour ride.  Well, like every day before, it took a bit longer — like almost 7 hours.  Apparently I-10 West as closed 4 exits from Texas so they had a 2.5 hour detour – 84 degrees, stop-and-go traffic with a thousand trucks going on a smaller detour road.   The only good part of that detour was that it tracked 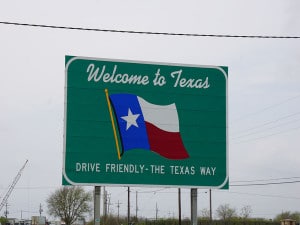 the Gulf coast.  I should add that its pretty cool to see the Gulf of Mexico, Louisiana style — meaning — Oil Rigs and refineries galore and shrimping boats scattered on the water.  Its such a dichotomy — fishing boats scooting around oil rigs is a hilarious

thought.  I feel bad for those poor environmentalists — they must be working overtime on hate ads for those dirty and greedy oil people.  On the other hand, Louisiana has a bit of a life from the cash the work and oil products brings in.  I saw a ton of vertical oil businesses along my route.

Anyway, I was totally burnt out when I arrived in a nice hotel in Houston.  Funny to see people dressed up all fancy-dancy and I come in all sweaty and incredibly tired on my loaded motorcycle.   That look of some of the guests was priceless.  Love that.