Feature image is of Oliver, our guide who came out of a mountain restaurant with a Goats Head.  I asked him to place the head over his head and it turned out perfect. 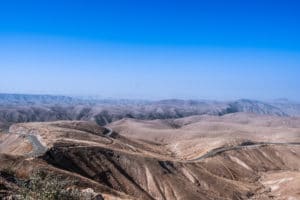 Today was dreamy awesome in one sense and another, sucked.  If I could have put them both together, it could have been the best day on the tour — but it was just shy of full-on amazingness.

For lunch we stopped in a village of about 10 homes at the top of the most picturesque scene you can imagine.  I am not sure why Oliver picked this place randomly, but a broken down house or not even a house but a broken down shack had a old sign which said restaurant.  We stopped and it was the best stop on our trip yet.  Going inside the premise, it was like going back to the stone-age.  The floors were just carved out of stone but 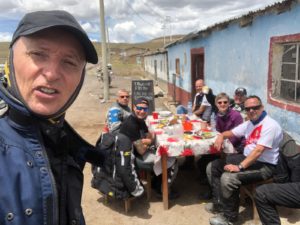 not flat — it was bumpy and raw.  The surroundings had absolutely no light other than some carved out windows of the home made concrete structure.  Food was scattered around but it looked somewhat safe to eat.  I say safe only after traveling in horrid conditions for the past month.  Nobody would say it would pass any civilized health laws.

We pulled out a plastic table and chairs and then all sat outside in the 60 degree sun at over 14,000 feet up in the sky  overlooking awesomeness of quiet sounds of the thin air and views of larger mountains for hundreds of miles.  I walked in the house and two ladies were cooking on some kind of blackened gas stovetop — but not really a stove top — and they were 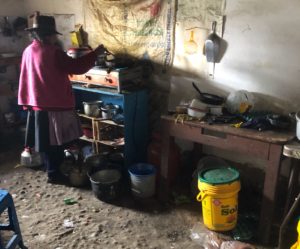 making us our ordered fresh trout or chicken soup, which I decided to go for it and hope the water was safe.  I surmised that at this height and remote location, the water had to be fresh as well, and it was.  Let me finish by saying that we stayed for about an hour there, took pictures and just chilled and enjoyed the moment.  Often, this is not the case and were in a shit hole town eating some real bad questionable stuff so this was a treat.  We moved on but all agreed that we could have stayed there all day.

Our group of 6 riders and one passenger are very tight.  We really are all getting along on well.  No games played whatsoever and still, we are all helpful to one another and that is great.  Manfred gave me some bullshit medicine for my stomach yesterday but he has a great heart to go back to his room when he saw I was suffering.  Makes the tour so much more comfortable and easy.  I really can’t say a bad word about anyone which is boring and sucks.  I would love to shit on someone in the group, but its true for now and I just can’t.  They are real nice people.

This morning, our ride from the Nazca desert quickly elevated and basically kept going up into the Andes within the first hour 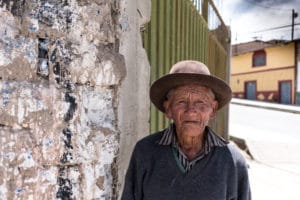 or so.  This ride really had the best roads of our trip too — mostly beautifully paved and a zillion switchbacks to get us up to the ultimate elevation of about 15,500 feet.  The interesting part of this ride was that often, the height never changed for 50 miles at some stages — sure they gained and lost 1,000 feet, but it was somewhat flat at that huge height.  As always when there, the snow capped mountains surrounding us were a magnitude higher.  The Andes are massively big, long and never give up — I suspect until we get to the bottom of Argentina.

Both Will and I yesterday were glued in our respective bedrooms and bathrooms.  It was our day off in Nazca and after the 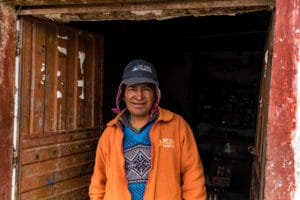 flight over the Nazca lines and figures, I came back to the room and I just fell apart and could not move.  All my muscles and body broke down.  I have severe diarrhea and I really stayed in bed from 11am until the next day.  Not to say that it was an easy bed time — I was really suffering.  Will had the same bug I guess.  Others like Oliver, Bert and Manfred also have bad stomachs but they are functioning for now.  Speaking of that, Oliver, Bert, Katrin and Martin went on a dune buggy ride in the sand dunes which are all around Nazca.  Kind of dopey, I did sign up last night before I fell apart — and you go in these large dune buggies and go up and down the dunes and then they give you snowboards and you try to snowboard down the dunes — but I was just dying today.

So back to the ride today, it had virtually no off-road or gravel so it was smooth sailing.  That said, there are always one or two 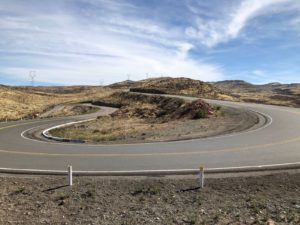 turns at speed which make you wonder.  These roads did have some protection should I have over steered or messed up, but I would guess 90 percent of the drops were at your own peril.  Again, the beauty was indescribable and on this ride for the first time, the riders really did spread out and take pictures.  There was only one road to take so you could not mess up too much.  I liked that so I was not really under any pressure to keep up or hold anyone back.

One interesting thing about hanging at such heights is the air is thin as I said.  You feel it after about 10,000 feet.  But at 12,000 feet you really feel it.  At lunch we were all gasping for air on occasion.  You may breath normal for the first couple of minutes, but your brain then tells you to get more… more…. more.  You then take in a series of deep breaths.  Everyone does it.  You also get a headache at those levels if 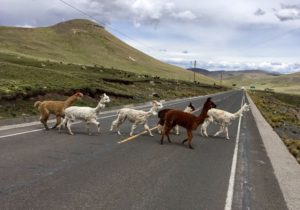 you hang long enough.  While riding its fine, but when stopping, it hits you.

So we finally made it into Chalhuanca, a town which is nowhere on the map likely.  It has no internet and is a very basic town — one of thousands like it in Peru.  Our resort (joke), has no heat other than a local electric heater provided for each room and of course, cold water for showering.  The scene is beautiful in that we are in a lush valley surrounded by mountains, but otherwise, its a place to sleep and write this post.