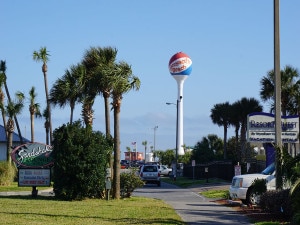 Today I woke up early for my very long ride from Orlando to Pensacola, Florida.  I had to make this trip because on Tuesday morning, I have an appointment with Pensacola BMW to change my oil on my bike — 600 mile change.  This means that I had to do the 470 mile day.  Trust me, that is a long day on a bike.

I left at 7:30 am and started the journey.  Got some gas.  Heff Jabert called me so we chatted for a few minutes.  Take a chill pill and decided to take the quickest route to avoid another drama like yesterday — Florida Turnpike to I75 and then to I10 West.  Keep the nose straight until you hit Pensacola.  Seems easy enough, right?

OMG, 470 miles is easy to say, but let me tell you, its long.  I rode for 9 hours averaging 65 miles per hour — stopping a few times.  I wish I could say that the ride was scenic, but I would be telling my friends some serious lies.  Its a l-o-n-g grind just taking interstate highways.  I absolutely hate them — either in a car or for sure on a bike.  I plan to stay away from them at all costs in future days.

I staying at the Holiday Inn Express on the beach.  Why that hotel?  Well, its my people who stay there and apparently your 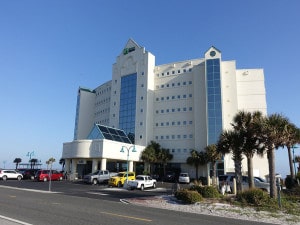 smarter if you stay at that brand hotel.   A bit dirty and aged, sure, but its safe (I think).   I walked about a mile and had dinner at Peg Leg Pete’s.  Super popular seafood place and I’m told by the nice girls at the hotels reception that its the best around.  Over an hour wait for dinner at 5:30pm.  For me it was 6:30 since their is a 1 hour time difference here.  Food was pretty bad and expensive.  Not sure if Howard Johnson’s all-you-can-eat night is worse?   I was just happy to go for the long walk. 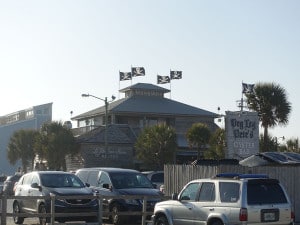 The temperature started off around 72 degrees at 7:30am in Orlando.  By 9am it was 78 degrees.  By mid afternoon it hit 86 degrees.  By the time I got to Pensacola, it was a nice 82 degrees.  Tonight, the weather was cool, like in the high 60’s.  I cant wait until I get to some of the higher altitudes or further north — I’ll probably freeze my ass off.  Its actually funny, when the weather was in low 70’s, I was a bit cold.  Yikes!

I can honestly say that at periods of time, I was in bliss.  Just so happy.  Other times, I got real tired, even to the point where I fell asleep on the bike while on the high speed highway.  Honestly blacked out and woke up when I felt the bike drifting into the other lane – did that more times than I want to admit.  Sometimes it was real windy and that took some effort to keep the bike (and my head) straight.  If I rode half the distance and broke it up with a factory tour and chose a non-interstate route — I would be seriously happy.  Thats my objective to work on nightly. 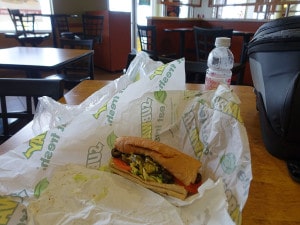 My lunch routine has started.  I will eat a 6-inch, whole wheat, turkey subway with a baked chips every day.  Easy. 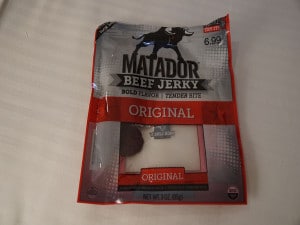 I am also collecting beef jerky samples as my protein boost during the long trip.

The good, the bad and the ugly.

The good:  I made it.   I am very confident on the bike.  I love the fact that when riding, you have nothing to worry about.  You have no reason to be stressed.  You feel like the world has stopped and stuff like work or responsibility does not exist.  Great feeling.

The bad:  Long, long, long and no factory tours and not a scenic drive.

The ugly:  Butt killed at times.  Need to address.